Better late than never. Okay, maybe in this case never would be better. 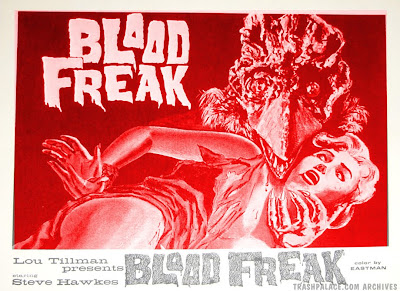 No turkeys were harmed in the making of this movie. 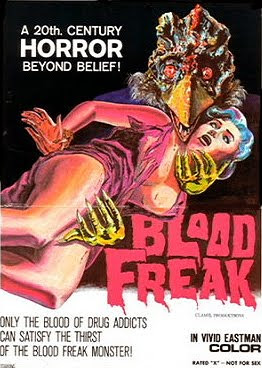 GOBBLE-GOBBLE-HEY! Blood Freak (1972) is available on DVD from Something Weird Video.
Posted by Brian D. Horrorwitz at 11:49 PM 4 comments: 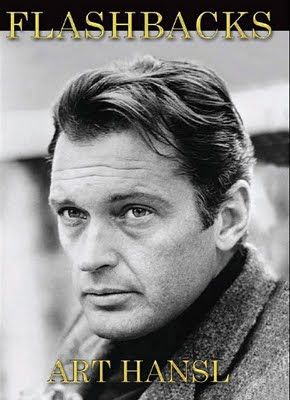 One thing that's really great about selling obscure movies here at Trash Palace is that every now and then I get contacted by someone that's actually been involved with one of them who is trying to track down a particular film. Recently I got a phone call from Art Hansl who a lot of people reading this blog may have seen as the lead in Mansion of Madness (1973) from Mexican director Juan López Moctezuma. While not as overtly horrific as Moctezuma's modern horror classic Alucarda (1978), Mansion of Madness (released to US theaters under the slightly more exploitative title Dr. Tarr's Torture Dungeon) is an original and offbeat telling of Edgar Allan Poe's story "The System of Doctor Tarr and Professor Fether". In 1975 Art also went on to appear in another Moctezuma film Mary, Mary Bloody Mary. Art's adventures while working with Moctezuma on these 2 movies are just a small part of his new biography book "FLASHBACKS" out now from Robertson Publishing. 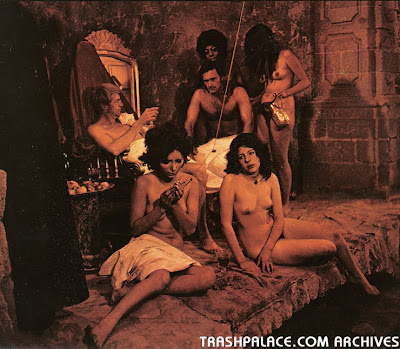 Art, seated on the right, shooting a scene from the bizarre Mansion of Madness.
"FLASHBACKS" is a very entertaining book and I admire Art's cards-on-the-table approach to writing. Tracing his life from a young lad in boarding school, to his adventures in the army and his antics in the entertainment industry, Art's writing pulls no punches. Of course the latter part of the book dealing with his film career was the most fascinating to me; after Art moved to Italy in the mid-sixties and began acting with small parts in extravagant toothpaste ads which lead to him landing the starring role in a low-budget (and seemingly lost) Italian spy film Missione apocalisse (1966) to working with Mexican directors René Cardona, Jr. and Juan López Moctezuma. Art's tales of low-budget film making (not to mention his womanizing shenanigans) make for one entertaining read. And I will admit that while I might not always agree with his political views it is refreshing to at least be able to appreciate someone who says it straight from the heart and doesn't dance around things politely -- and that's an understatement (and a compliment)! I will always admire someone who has the balls to discuss past foibles unashamedly, be it drunken frolics on the set of some movie or trying to hookup with some actress behind the scenes. And Art's self-decpricating approach to his acting career is often laugh-out-loud funny. 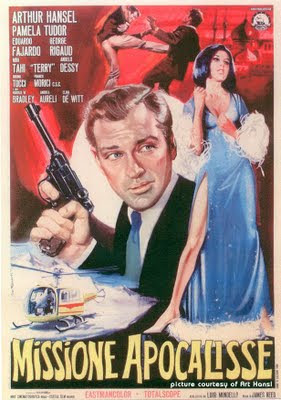 Art has also written several well received thriller novels all about murder and corruption centered around places he knows quite well like Mexico and Hollywood.

I asked Art these 5 questions:

CHECK OUT THE ORIGINAL US THEATRICAL TRAILER FOR
MANSION OF MADNESS
COURTESY OF MONDO MACABRO DVD: