TUNE OF THE MOMENT: YETI 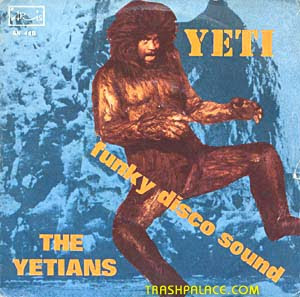 Yes, it's "Yeti", the end title track from Sante Maria Romitelli's score to the immortal 1977 Italian movie Yeti: The Giant of the 21st Century!

The track was also release as a 45 (pictured above) that was credited to The Yetians! Dig some of the lyrics:

I ask you: does it get much better than that? Me thinks not. And, for maximum effect, while you are listening, feel free to stare deeply at this picture of the Yeti: 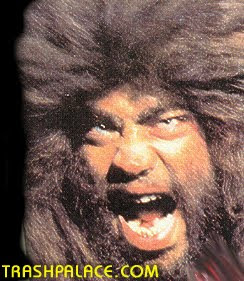 The movie Yeti: The Giant of the 21st Century is available on DVD-R from Trash Palace (if you must). You have been warned!
Posted by Brian D. Horrorwitz at 6:43 PM 5 comments: