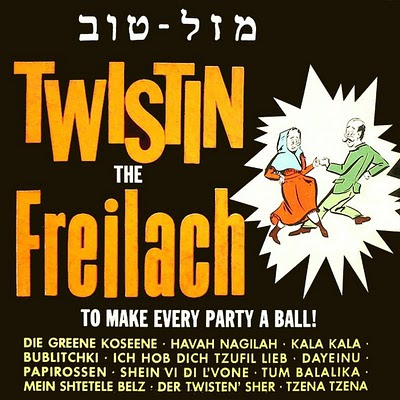 Tonight we have an instrumental twist variation of the old Jewish party classic "Dayeinu". It's taken from the Sonodor label LP called "Twistin The Freilach". Freilach, or freylekh, has several meanings. (Not, it isn't about that giant pack of French fries from Aqua Teen Hunger Force.) As an adjective it basically means "joyous". And as a noun it is it refers to the kind of joyous dance that Klezmers do. And what more hoyous a dance is there than The Twist I ask you? So I suppose it only made sense to try and combine the 2, right? Well at least Lou Klayman thought so. Enjoy!