Here is the rare theatrical trailer for "The Harem", directed by Marco Ferreri and starring Carroll Baker, Gastone Moschin, Renato Salvatori, Michel Le Royer, William Berger and Clotilde Sakaroff with uncredited appearances by George Hilton, John Phillip Law and Ugo Tognazzi. The trailer features pop-instrumental versions of The Beatles' "Michelle" and The Rolling Stones' "Paint It Black". What's interesting is that neither tune actually appears in the movie itself which was scored by legendary soundtrack composter Ennio Morricone.

Please note that the motion on this trailer is slightly jerky looking, unlike the actual movie which looks great.
Posted by Brian D. Horrorwitz at 4:59 AM No comments:

HAPPY HALLOWEEN TO EVERYONE!

And to those of you affected by Hurricane Sandy,.... HANG IN THERE!

Posted by Brian D. Horrorwitz at 3:43 PM No comments:

E-CARDS OF HALLOWEENS PAST

In the days before spam-guards and html blockers we used to email our Halloween greetings out to our customers! How many of you remember these fine works of art? Most were done before we had discovered Photoshop... 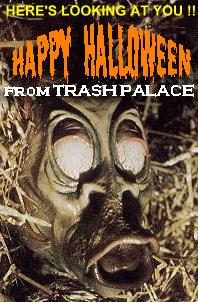 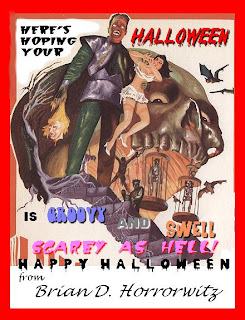 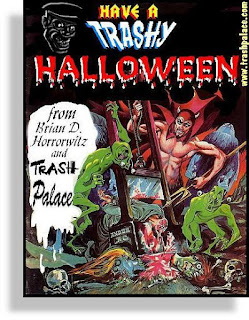 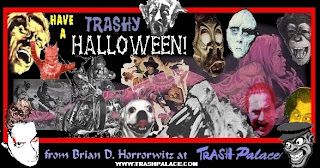 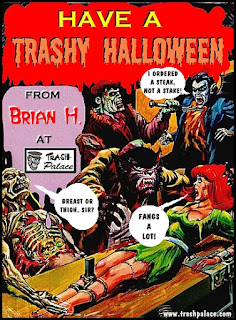 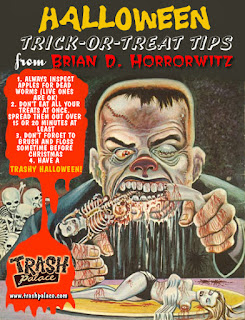 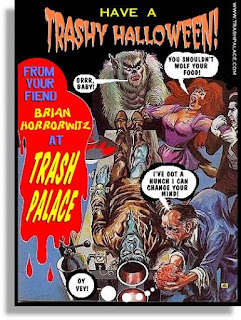 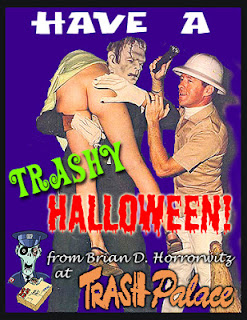 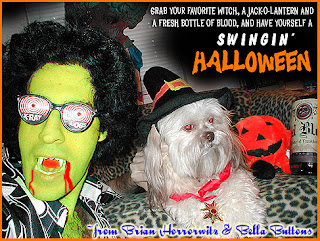 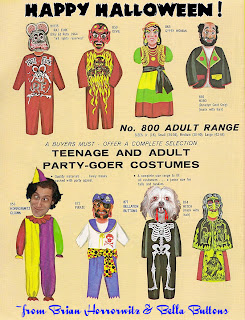 Posted by Brian D. Horrorwitz at 4:05 PM No comments:

Here is a clip from the exciting climax of Ship of Monsters (La Nave de los monstruos, 1959)! SPOILER ALERT!

synopsis: "Ship of Monsters" is an unbelievable science-fiction / comedy / musical / western black & white movie featuring two sexy and stacked space-women (one of whom is Mexican scream-queen Lorna Velazquez) and their whacked-out robot. While on a seemingly innocent spaceship trip to visit Earth the two babes, upon landing, compete for the attention of a happy-go-lucky singing cowboy. Then, one of the women turns out to be an evil vampire bent on world domination! She thaws out a group of 4 insane looking frozen monsters she has hidden away in a nearby cave to do her wicked bidding!
Posted by Brian D. Horrorwitz at 3:40 PM No comments:

The Boy God, aka Roco, ang batang bato, is an ultra-weird fantasy / action / adventure film about a chubby young boy born with superpowers who must travel through a mystical and dangerous land to find his real (dead?) parents. On his journey he helps a tribe of midgets battle a giant Cyclops and takes on a 2-headed monster with the aid of a Wonder Woman-ish female super hero! He also fends off the local village against vampire creatures and an evil scientist. The whole mess ends up in a wildly manic kung fu and gun fight against the scientist and his men! Available on DVD-R!
Posted by Brian D. Horrorwitz at 3:30 AM No comments:

CLIP OF THE MOMENT: ROSEMARY CLOONEY ON "TWILIGHT THEATER" (1982)

Another clip from NBCs tv program "Twilight Theater"! (see Pee Wee Herman's appearance below) In the skit "Common Nightmares", an intro revolving around the Barnes and Barnes song "Party In My Pants" leads into Rosemary Clooney singing her classic pop hit "Come On-a My House". The shot of the rotating pig with candles was taken from a Residents music video. Also at the "party" are a few New Wave icons from bygone years (remember Spazz Attack from Devo's "Satisfaction" video?). This may not seem like a big deal nowadays but this was some freaky shit for a major network in 1982!
Posted by Brian D. Horrorwitz at 3:33 PM No comments:


This is a segment from the NBC late night tv special "Twilight Theater". As far as I can remember there were 2 episodes several months apart that appeared in the time slot where Saturday Night Live usually was. I believe SNL was in repeat stage between seasons maybe and I suspect that NBC was giving "Twilight Theater" a trial run as a possible replacement program for SNL? I remember that the first episode was hosted by Roddy McDowell and had a lot of "hip" music stuff and was slightly-underground-leaning-ish, at least for a network tv program in 1982. It might not seem like a big deal now, but in pre-MTV days seeing, for example, a Devo music video ("Beautiful World") on tv was a big deal! They also had a skit revolving around a Barnes and Barnes song - "Party in my Pants" featuring Rosemary Clooney and a few New Wave icons (Spazz Attack anyone?) -, a Tom Tom Club video ("Genius of Love"), The Temple City Kazoo Orchestra and other cool stuff. Including probably the very first ever tv appearance by our beloved Pee Wee Herman, predating his own tv show and even those early "Late Night with David Letterman" appearances". The skit, called "The Pee Wee Herman Show", features Steve Martin in a brief cameo spot who, if I remember correctly, also appeared in a few other skits on the show. It also features Gary Panter's "Clocky" and opening credit artwork, and has the same kind of atmosphere and theme song as Pee Wee's live stage show that was taped and turned into the HBO "Pee Wee Herman Show" 1-off special. I don't recall much about the second "Twilight Theater" episode except that it wasn't quite as cool.

Note: This was taped by myself when I was in high school on my Dad's Betamax. The picture and sound are a bit rough but all things considered it's a miracle it survived.

"Will Pee Wee ever see Joe again?" Enjoy!
Posted by Brian D. Horrorwitz at 2:35 AM No comments:

TUNE OF THE MOMENT: "HELLO TO YOU" by KEN NEVADA MAINES


This song is from the rare LP "The World of Las Vegas". I thought that the internet would benefit greatly from this tune. I didn't have any pictures of Ken Nevada Maines so I used pictures of my beautiful dog Bella Buttons.
Posted by Brian D. Horrorwitz at 4:24 AM No comments:

I always loved this groovy cover! This track will get you movin', baby!!
Posted by Brian D. Horrorwitz at 3:48 AM No comments:

Bill Barounis was a friend of mine in Greece who sadly passed away last year after a long battle with cancer. Bill was, among other achievements, the creator of the Onar DVD label which made many rare Turkish exploitation movies available in English subtitled versions. Below is a post and photo taken from the Mondo Macabro blog by Jared at Mondo Macabro DVD, re-posted here with their permission, on how to get some of these DVDs and, in the process, help Bill's family out.

I can heavily recommend "3 Dev Adam" ("3 Mighty Men" aka "Santo and captain America vs. Spiderman"), one of the most bizarre super-hero rip-off movies ever lensed! 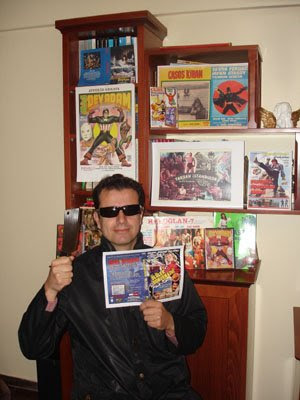 Last year our good friend Bill Barounis tragically died after a long battle with cancer. He left behind both a family and a large overstock of DVDs from his labor-of-love boutique label Onar Films. Thankfully, his friend Ali Murat Guven has endeavored to come to the aid of his grieving family by selling that overstock. I know there are many people who came late to the Onar party or simply weren't able to to pick up every discs at the time. Here's a chance to complete your collection and help out somone in need at the same time.

Here's Guven's statement on What and How:

ONAR FILMS DVD'S ON SALE
This sale is for the Family of our friend Vasilis "Bill"... The money will be send to his family.

For the orders outside Turkey: buyers add/pay their shipment . All will send to you with PTT (turkish post) Tracking number system. Sending time for Turkey is 1 week and Outside Turkey is 2 weeks. You can contact onarfilms.lastfilms@yahoo.com.
For the signed posters you have to mention your names!.
Ali Murat Guven

PS: I will add details for all your questions...

This statement came sometime (last week) and I'd wager this no longer accurately reflect the numbers still in stock. Email for inquiries.

Bill was a man with a dream. He lived it, and he died with it. Keep that dream alive and order as many Onar DVDs as your wallet will allow.
Posted by Brian D. Horrorwitz at 1:53 AM No comments: 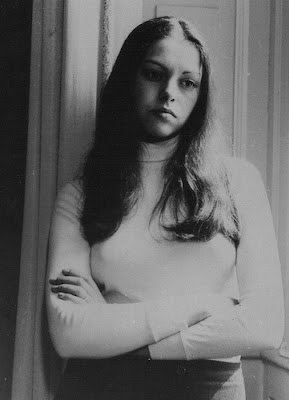 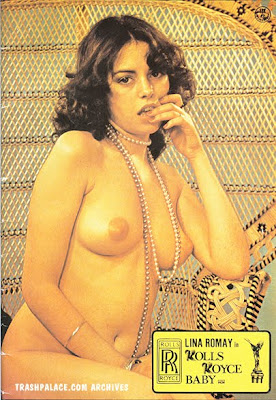 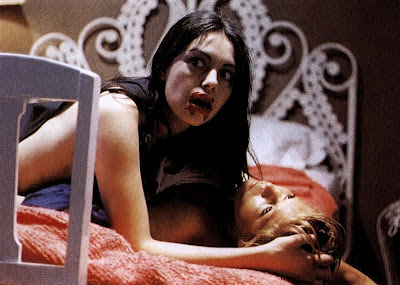 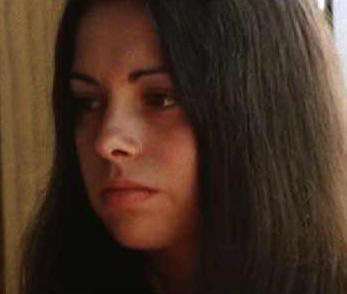 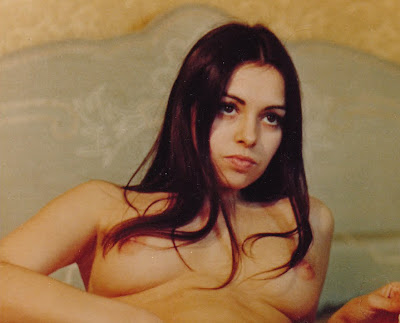 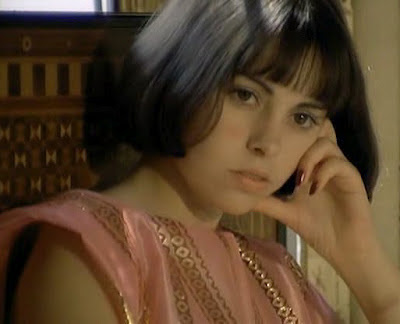 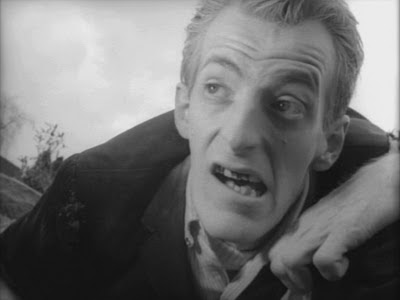 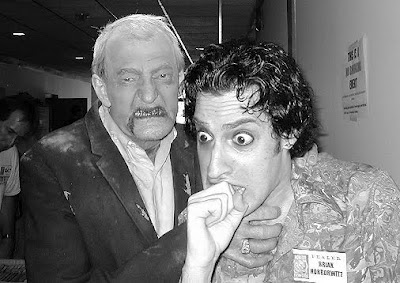 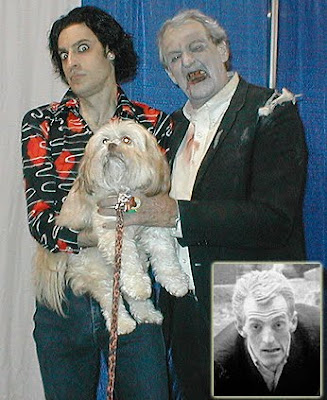 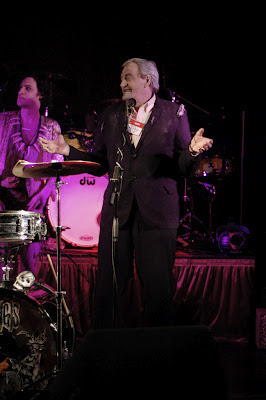 TUNE OF THE MOMENT: THE PERSUASIONS "I Could Never Love Another (After Loving You)"


This is my favorite a capella track ever, a cover of The Temptations tune "I Could Never Love Another (After Loving You)" performed by The Persuasions. At least I think it's The Persuasions. The track is taken from the LP compilation "Dangerous Doo Wop volume 2" released in the 1990s. But unfortunately there is no information whatsoever about this recording. The Persuasions did a version of this tune on their 1972 Capitol Records LP "Street Corner Symphony". But this version seems to have been recorded in the 1960s.

UPDATE: Check out the comments below for some information courtesy of Julie Lawson, wife of lead singer Jerry Lawson!
Posted by Brian D. Horrorwitz at 12:52 PM 2 comments: